Meg Morrison from Sacramento band Fair Struggle sits down with reporter Dean Hill and talks about her band, and the music scene in Sacramento. 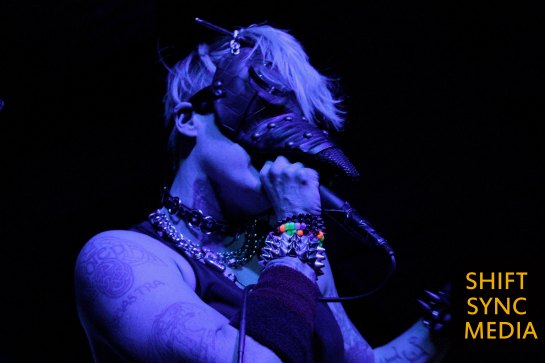 Photo Credit: Bryce Fraser
Otep Shamaya of the band Otep wearing one of her masks that she puts on during her show while preforming with her powerful vocals at the Ace Of Spades venue in Sacramento, CA

Otep- They released their new album on January, 22 and she claims that it will be her last. Fans got to see their favorite band, along with some incredible opening performances in Sacramento at The Ace Of Spades Venue. The night started and ended with beautiful and powerful lead singers. As soon as Otep Shamaya took stage the crowd whent crazy, she had intnese vocals that really got the crowd in to it. The biggest mosh pit of the night happened of course during Otep’s set. The guitarist had a Bane mask, and the Bassist was rocking a Scarecrow mask, a tribute to Batman. Shamaya played her new song, “Apex Predator” off of her new album Hydra. She also brought out a pig head which she stuck on a pole while she played her fan favorite “Blood Pigs”. Otep said that Sacramento set the bar high for the tour, this was the first night of the tour, and it was evident because they had so much energy.
END_OF_DOCUMENT_TOKEN_TO_BE_REPLACED