“announce plans to release the complete Skyrim collection with The Elder Scrolls V: Skyrim® Legendary Edition.
Coming to Xbox 360, PlayStation 3, and PC on June 4th (European territories will see its release on June 7th), this package includes the most up-to-date version of the original game (employing the 1.9 title update),as well as the game’s three add-ons: Dawnguard, Hearthfire, and Dragoborn.”

Shinji Mikami, the father of survival horror, is back to direct The Evil Within™ – a game embodying the meaning of pure survival horror. Highly-crafted environments, horrifying anxiety, and an intricate story weave together to create an immersive world that will bring players to the height of tension. The Evil Within is in development for the Xbox 360® video game and entertainment system from Microsoft, the PlayStation®3 computer entertainment system, PC and next generation consoles and is slated for release in 2014.

A manic barrage of soaring female vocals, distorted guitars, tribal percussion, controlled by structured dynamic song writing. Musical astrophysics. A signal back from Voyager saying, “something is out here.”

Drop Electric is an experimental rock band based in Washington DC. Based in melody and distortion, their live show is a combination of unique vocals, evocative music and narrative film. They have been featured by the likes of NPR All Songs Considered, the Washingtonian, Washington City Paper, Brightest Young Things, and WHFS Radio.

Often compared to bands such as Sigur Ros and Radiohead, Drop Electric’s music is also influenced by their various cultural backgrounds. This has helped to give much of their music an unique, vaguely ethnic sound, that differentiates them from their peers.

Drop Electric is currently one of DC’s best known bands and have played at every major venue in the city, including the Black Cat, the Rock and Roll Hotel, and 930 Club.

Warner Bros. Interactive Entertainment and DC Entertainment today released the official launch trailer for the upcoming DC Comics fighting game Injustice: Gods Among Us. Releasing next week on April 16, this new trailer gives a look into the game’s original storyline, which includes DC Comics most popular heroes and villains choosing sides in a world where the lines between good and evil have been blurred. In the world of Injustice: Gods Among Us, players must ask themselves – what if our greatest heroes became our greatest threat? 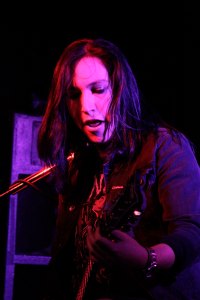 As I parked my car on the gravel parking lot across the street from The Boardwalk, I didn’t really know what to expect from Burn Halo, who had a show there that night. They attracted a pretty good sized crowd, all varying in age and background. The moment Burn Halo took the stage the atmosphere instantly changed. Compared to the local bands that played before them, things became really different really fast. They came out strong with their first song “Save Me.” They immediately followed with “Up From the Ashes.” The crowd  was already rocking out and moving to the music.
END_OF_DOCUMENT_TOKEN_TO_BE_REPLACED

The Last of Us: 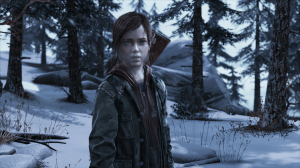 A game developed by Naughty Dog, the same people who brought us the Uncharted series is coming out with The Last of Us. The game has you surviving an Post Apocalyptic style world full of mutants and people wanting to do you harm, while trying to keep a young girl who follows you alive. 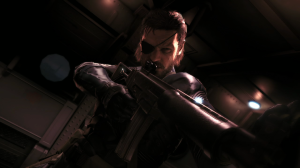 Metal Gear Solid 5 / Ground Zeroes: Metal Gear fans  rejoice, the return of Snake is here! Konami is not telling us if it going to be our Solid Snake who was left in old age in the previous game, or some other clone of Snake. Either way we are thrilled to be playing Snake. Many questions are still left unanswered, will Ground Zeroes and MGS5 be two separate games entirely or a package deal? And what is the XOF, that seem to mirror FOX hound?
END_OF_DOCUMENT_TOKEN_TO_BE_REPLACED